Subregional Project on Management of Red Palm Weevil in North Africa
FAO launched in April 2012 a subregional project on RPW management under the FAO Technical Cooperation Programme (TCP). The project will cover all North Africa Countries (Algeria, Libya, Mauritania, Morocco and Tunisia). The project will be implemented within 2 year timeframe. The objective of the TCP project is to support eradication of RPW in infested countries (Morocco, Libya and Tunisia) and to strength capacities to prevent its introduction and spread in other areas in infested countries as well as to other countries non-infested (Algeria and Mauritania).

The RPW is originated from South Asia and currently spread in most of the Near East and Mediterranean countries. This invasive pest moves from one country to another mainly through infested planting material.

The pest has been recently reported in the Arab Maghreb region. It was first recorded in the region on Phoenix canariensis in Tangier, Northern Morocco, in December 2008, later on Phoenix dactylifera in Tabrouk, North-East Libya, in January 2009 and in December 2011 on P. canariensis in Carthage area North-East Tunisia. The RPW together with Bayoudh disease pose a serious threat to date palm cultivation in the Arab Maghreb region (North Africa) which represent 15% of global date production.

The inception workshop of the project was organized in Tozeur, Tunisia by the FAO Subregional Office (SNE) for North Africa in cooperation with Tunisian Ministry of Agriculture. During the workshop, the representatives of participating countries have presented the current situation of the RPW and control measures taken so far to control and contain the pest.

The country representatives have shared their experiences and knowledge among themselves and with the FAO experts involved in the implementation of the project.

The national workplans for the implementation of the project in each country were developed ; as well as the national and international training programmes were discussed and agreed upon. At the end of the workshop the participants had an opportunity to visit the date palm oases in Tozeur and Nefta areas.

Source : FAO (Food and Agriculture Organization of the United Nations) / . The content of this article does not necessarily reflect the views or opinion of Global Diaspora News (www.GlobalDiasporaNews.com). 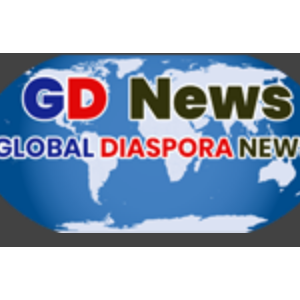