First of all, for plants that have been changed through incorporation of new genes, I prefer the term Genetically Engineered, or GE, rather than GMO. Thus, I will use GE in this blog.

As a young newly married person not in the field of science, I began learning about organic gardening and farming practices and was impressed by the methods they supported that limited spraying chemicals on their crop or garden plants. I also bought books that described how to sow plants next to each other (companion planting) so that they could ward off pests.

In theory, this sounds great, however, in practice it is very difficult. It also works better in some locations than in others. For example, the south has much higher insect pressure and many “organic” solutions are not very helpful.

I also understood at an early age that many commodity crop plants no longer had resistance to diseases or insects, which were controlled with pesticides. Therefore, when I first heard about genetic engineering when visiting my eventual graduate school home, I was really excited about the possibility of being able to add specific characteristics to crop plants that would help them to resist insects, diseases and weeds. To me, this was the perfect solution to a crisis in farming that would be beneficial not only to farmers, but also to human health — fewer chemicals, better health.

The first GE plants had new characteristics that made them resistant to environmental conditions. One of the very first improved crops through genetic engineering saved the papaya industry in Hawaii.

Anyone who has ever been to Hawaii has been introduced to this wonderful, orange, creamy-fleshed fruit. However, if not for genetic engineering, this fruit would not be available. The trees were plagued by a virus disease called Papaya Ringspot Virus (PRSV). The virus was transferred from tree to tree by a small insect, so the practice was to spray the trees with insecticide to kill the insect. This practice was not very successful and most of the trees in an orchard became infected anyway. When a Hawaiian scientist put a gene from the virus into the papaya tree, the virus could no longer infect the trees, and the orchards no longer were dying, AND the tree-growers no longer had to spray with insecticides. In this case, the winners were the growers, the consumers, and the environment. This same technology can be used for ANY viral disease of plants.

Another example of how GE can help the environment (and farmers and consumers) is through control of insects.

By learning which ones kill which insects, scientists can make the plant resistant to their most damaging predators. Bt genes in corn, cotton, soybeans and eggplant (as well as other traits) have removed 6 million tons of pesticides from the environment. The Bt eggplant, which was developed for Bangladesh, has replaced insect sprays that were done without farmer’s protection at least 3 times per week, causing human health problems as well as environmental problems.

Again, we are all winners — the farmers, the consumers and the environment.

Dr. Elizabeth Hood has studied plant biology for 37 years — with a focus on the production of enzymes — to bring to reality the ‘biomass to bioproducts’ industry through biotechnology. She has over 80 publications and patents and is an invited speaker globally. Dr. Hood received an MS in Botany from Oklahoma State University and her Ph.D. in Plant Biology from Washington University in St. Louis. 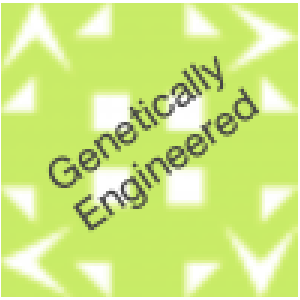