Scientists at AgResearch have been working on a naturally- occurring bacterium that kills caterpillars of the plantain moth (Scopula rubraria), a widespread New Zealand native insect that feeds on a range of plants including plantain.

The relatively recent appearance of this and another similar moth (Epyaxa rosearia) in large numbers in plantain crops has given rise to the commonly used name "plantain moth". The plantain moth (Scopula rubraria), a widespread New Zealand native insect that feeds on a range of plants including plantain.

AgResearch senior scientist Dr Mark Hurst says the insecticidal bacterium Ye could be used as a biopesticide to control at least one plantain moth species, Scopula, populations of which can reach densities of 11,500 larvae per square metre.

Biopesticides are natural pesticides based on micro- organisms or their bioactives. These are targeted as well as safe for the environment and humans and can provide solutions to many insect pest and plant disease problems.

Consumers around the world are demanding sustainable, safe food and New Zealand producers are responding by adopting well- proven alternatives to chemical controls as they become available.

Hurst says early stage laboratory based research carried out last year during an infestation in the North Island indicated that Ye was an effective tool in killing the Scopula caterpillars. 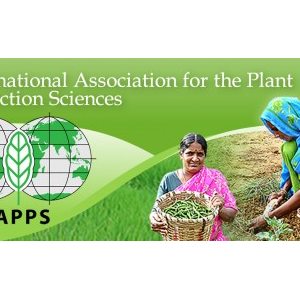