As you are subscribed to our list to receive news, we wanted to share this special update with you – a paper just published in PLOS Neglected Tropical Diseases shows that our genetically engineered mosquitoes have crashed the pest Aedes aegypti population by 95% in an area of Juazeiro Brazil (an unprecedented level of control by any method). This reduced the dengue mosquito well below the threshold for epidemic disease transmission – an important new finding. Please see below for more information including a link to the scientific journal article, and we welcome any questions.

The journal PLOS Neglected Tropical Diseases published today the results of a trial of Oxitec’s genetically engineered mosquitoes. The results showed that in Juazeiro city, northeast Brazil, the Oxitec mosquito successfully controlled the Aedes aegypti mosquito that spreads dengue fever, chikungunya and zika virus, by reducing the target population by more than 90%. Popularly known in Brazil as “Friendly Aedes aegypti”, the Oxitec mosquito decreased the population of the dengue mosquito so low that it would not support epidemic disease transmission according to mathematical models1.

“The fact that the number of Aedes aegypti adults were reduced by 95% in the treatment area confirms that the Oxitec mosquito does what it is supposed to and that is to get rid of mosquitoes,” said Dr Andrew McKemey, Head of Field Operations at Oxitec.

“According to published mathematical models reviewed and recommended by the World Health Organization (WHO) working group on dengue, it would also reduce the number of biting mosquitoes below the disease transmission threshold.

“The next step is to scale up to even larger studies and run mosquito control projects on an operational basis.”

The study in the Itaberaba neighborhood of Juazeiro city in Bahia State, Brazil was led by University of São Paulo and Moscamed, a social company leading in environmentally friendly pest control. The treatment area included a population of approximately 1800 people. 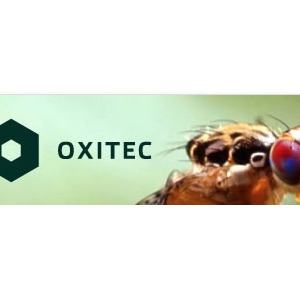